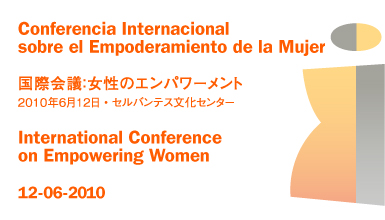 This seminar emphasizes the opportunity for a dialogue between Europe and Japan in the area of women issues. More than 10 speakers from across Japan and four European countries, with backgrounds ranging from academia, advocacy and policy-making to media, consultancy and CEO management, will present and discuss propositions and experiences fostering women empowerment made at three levels of society: government, private sector and individuals. The aim of the seminar is to bring together a range of insight views and opinions, discuss the outcomes and possibilities of recent initiatives across these countries and find ways in which they are brought into closer contact. Women’s empowerment has in this context a dual meaning: it refers to women’s access to opportunities and decision making platforms but also emphasizes a reevaluation of women’s and men’s contribution to society in general.

Of the many changes taking place in our societies in recent years, the variation in women’s status is among the most striking. Women’s educational level is rising and their talents are viewed as valuable assets for employers and thus, for national development. High stakes have been placed on education and innovation as the drivers of growth . In the private sector, women’s participation in paid employment continues to rise. Data now shows that women’s contribution to company strategy and management enhances productivity and profits. In recent years, Europe and Japan have engaged in a growing number of initiatives throughout many areas to empower women. These initiatives are understood to not only enhance women’s welfare, but furthermore they are part of a broader commitment to social sustainability and quality of life. At a government level, legal reforms and policies are trying to tackle longstanding barriers for gender equality, including the recently passed gender equality laws in Norway and Spain, which continue to ignite the debate over the norm in boardrooms across the globe. In the Netherlands the legal framework offers good provisions for full- and part-time workers regarding pension, social security, and equal rights. In Japan, rising efforts are more visible in the professional arena. Large employers have started to set up human-resource-developing programmes to put more women on the management-track. Additionally, companies are establishing on-site childcare infrastructures and the number of women accessing executive roles and continuing to work after child birth gradually increases. In addition, the new government of Japan has recently approved new laws on child support. In both Europe and Japan, initiatives led by individuals outside of the political and professional realms are also trying to make a difference, including everyday actions and dispositions among friends, family members and towards others which are beginning to have an effect at large. Nonetheless, the challenges ahead are still immense.

Organized by:
A joint collaboration between the Instituto Cervantes and the Japan Foundation, in partnership with the Spanish Embassy, the Royal Norwegian Embassy, the Embassy of the Kingdom of the Netherlands, the Friedrich-Ebert-Stiftung and 85 Boards.