Issues of world trade and protectionism were the topics of high-level Japanese-German political dialogue. 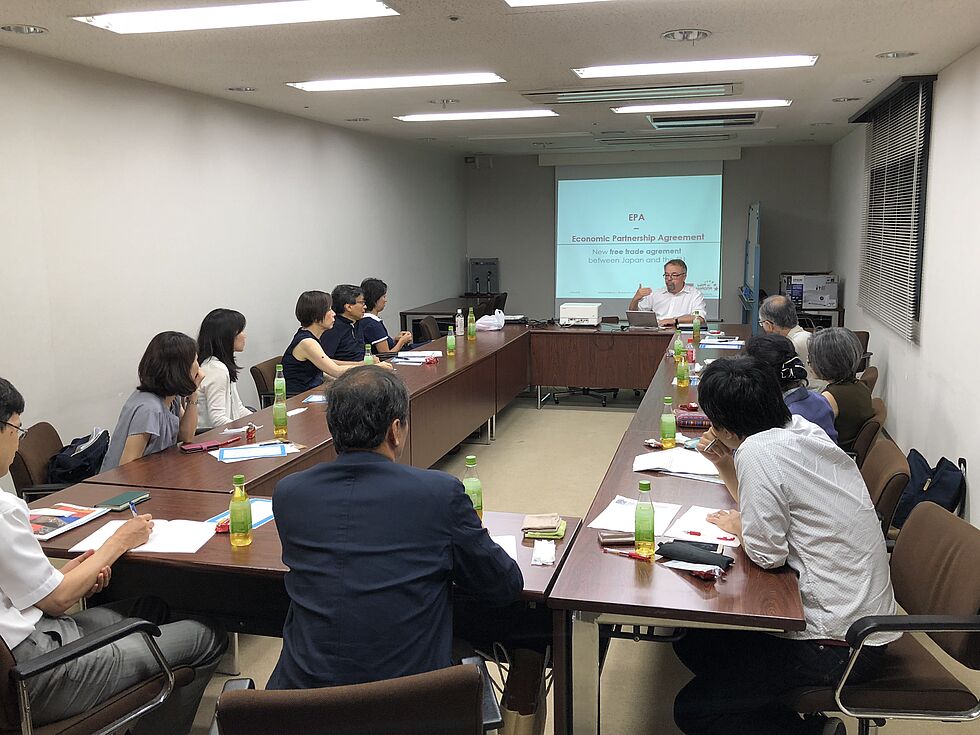 In July 2018, we invited Jens Geier, Member of the Parliament of the European Union, to political talks and lectures regarding recent developments in the realm of world trade and Japanese and German concerns regarding protectionism. Jens Geier met with members of the Japanese parliament and gave lectures, in which he explained the background and the significance of the recently signed EU-Japan Economic Partnership Agreement (EPA).